Photos may be used with credit to Auto Imagery. For more images, click here.

SPRINGFIELD, Ill. (May 31, 2017) – Tim Wilkerson, driver of the Levi, Ray & Shoup Ford Shelby Mustang Funny Car, arrives in Epping for the fifth annual NHRA New England Nationals holding down the No. 9 position in the Mello Yello Drag Racing Series standings. The amiable driver/tuner/team owner from Springfield, Ill., isn't looking for a mind-blowing performance at this weekend's event; he just wants to kick off four in a row with a steady performance that will pay big dividends later.

"I'm always confident, and I come to every race focused and ready to go racing," said Wilkerson, a 20-time NHRA nitro Funny Car winner. "Our goal is to go through these summer months and win some rounds, but also to focus on making our car more consistent so that when we get to the playoffs, we'll have something for them."

Wilkerson's brief history at New England Dragway includes match racing outside of the NHRA tour, and his time spent at the friendly facility has provided a positive experience at every turn, including racing to the track record for speed last year with a powerful 330.63 mph blast in his Team LRS Mustang.

"The amount of people that walk up to you and tell you that they're happy you're there – that's what stands out about Epping," said Wilkerson, who has so far won at every track on the current NHRA tour except four – including New England Dragway. "It's already such a great event, and I think it will only continue to grow. Through the support of the fans, the racetrack will just get better and better. We match raced there with Bob Tasca last year with my son, Daniel, driving, and it was sure a lot of fun. People were so excited to have us there, and that always makes it enjoyable."

Wilkerson is still in the hunt for his first win of the season. His best showing so far in 2017 was a final-round performance in Atlanta.

Join the conversation by using #NewEnglandNats on social media
**Full results posted throughout the weekend at DragRaceCentral.com** 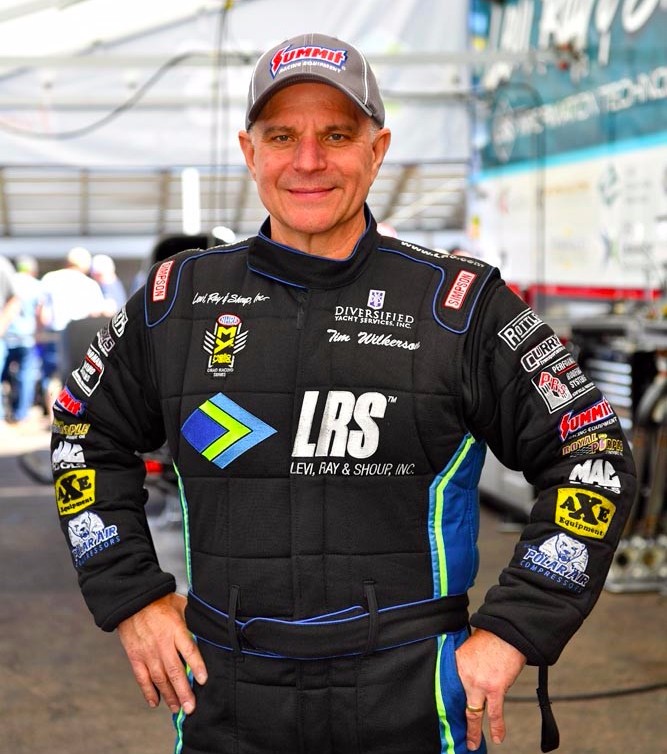 Wilkerson in Epping
Last year: Qualified No. 5, lost in the second round to John Force